The Sun Joe SPX3000 is by far the most popular pressure washer on the market. It’s not the best product out there, but it does offer the best balance of power, convenience and cost; and for most people, that’s all you really need.

Use the table below to get an overview of the Sun Joe SPX3000. Our review will take a closer look at how everything works, but this should give you an idea of what to expect in terms of cleaning power, features and more.

The SPX3000 can be unboxed and ready to use in about 20 minutes. Some basic assembly is required, and you will need a Phillips screwdriver to complete the process (it’s also helpful to have a box cutter to remove the packing materials).

In the box, you’ll find the following items:

The pressure washer comes out of the box in two main pieces: the base (i.e. the lower part of the body that holds the motor and pump) and the handle. To connect the two, the handle simply slides onto the base and secures into place with the four included large screws.

From there, the accessory pieces need to be installed. The spray gun holster slides onto the left side of the base and clicks into place, while the nozzle guard and hose hanger are each secured with one of the included small screws. The garden hose fitting threads onto the water inlet at the bottom.

After that, the accessories can be put together and mounted. Screw the wand onto the spray gun; then, the spray gun sits in the holster on the left, the hose hangs from the hanger on the front and the nozzles are held in the rubber grommets along the back. The large hanger on the right is for the power cord.

Note: you may notice the product images from Sun Joe don’t show the accessories mounted like this. Instead, the hose is on the right and the power cord is on the back. This is wrong according to their own instruction manual, which can be confusing, but ultimately you can decide where to mount them.

The SPX3000 is an average electric pressure washer when it comes to build quality. Almost everything is made of plastic, and on the inside, it’s using a universal motor with a wobble pump. These are common because they get the job done at a low cost, but they tend to become less reliable over time as you put more hours on them (unlike induction motors and axial cam pumps).

The SPX3000 has an 88% recommendation rate (based on 18,000+ verified reviews from seven sources). It’s the best-selling pressure washer on the market, with the top position at Amazon and Walmart, and top five at Home Depot and Lowe’s.

Despite its entry-level components, it’s surprisingly powerful thanks to an unusually high flow rate of 1.76 GPM. It’s on par with other electric units when comparing pressure (2,030 PSI), but it’s pumping nearly 50% more water, which boosts overall cleaning power.

For example, consider the Ryobi RY142300. It’s above average at 2,300 PSI, but it moves a standard 1.2 GPM. These numbers combine to an overall cleaning score of 2,760 CU. The SPX3000 has less pressure, but with more volume, it scores roughly 20% higher at 3,572 CU. These measurements should be taken with a grain of salt, but the point is, it can compete with a product that’s twice as expensive.

One feature you won’t find on any competing product is the detergent system. To clarify, most pressure washers allow you to use detergent, but this injector is set downstream (so chemicals don’t go through the pump), which is hardly found on any residential units, let alone a low-budget electric one.

The SPX3000 doesn’t have any problems that we consider dealbreakers, but there are a few small drawbacks and design flaws that are worth mentioning for the sake of transparency:

Get answers to some of the most common questions about the Sun Joe SPX3000. For additional help, you can reach out to us at any time, but in some cases, you may need to contact Sun Joe directly.

Sun Joe says their mission is to make reliable, yet affordable tools. While they don’t have many pressure washers, the continued popularity of their few models proves the brand holds true to their principles.

Read more about them and see alternatives in our guide to pressure washer brands.

All Sun Joe pressure washers are made in China, including the SPX3000. We’ve seen some customers complain about manufacturing defects, but none of the issues are common enough to cause concern.

The SPX3000 XTREAM was released in 2020 as an updated version of the original model. Visually, not much has changed, but the XTREAM features a more efficient motor (13 amps instead of 14.5), more pressure (although this comes at the expense of less volume) and a foam cannon in place of the dual tank detergent system. It’s uncertain whether the original SPX3000 will be completely replaced by the XTREAM version, but as of now, both are still for sale.

Use the product carousel below to compare the Sun Joe SPX3000 to competing pressure washers with similar cleaning power and features. For more alternatives or for help choosing, read our guide to the best pressure washers. 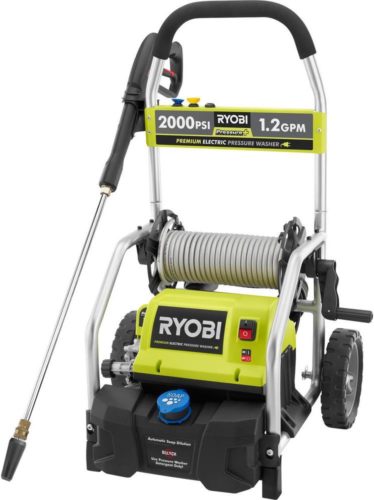